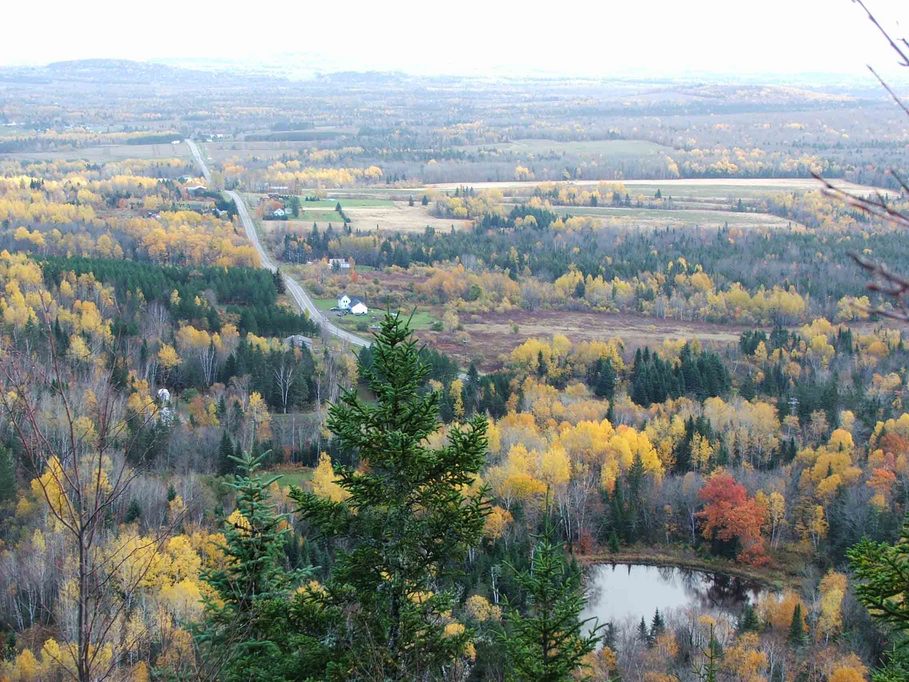 Castle Hill is a town in Aroostook County, incorporated on February 25, 1903, from Castle Hill Plantation. According to George Varney*, the 1886 landscape of the then plantation appeared as follows: It is on the stage-line [Route 227] from Presque Isle to Ashland. . . . The township is without high hills and large ponds. . . . The Universalists and the Baptists have societies in the town, and sustain ministers a portion of the time.  The plantation has six public schoolhouses . . . Castle Hill’s population in 1870 was 237, leaping to 419 in 1880. The 1,341-foot-high Haystack Mountain is the only exception to Varney’s characterization of the landscape. — Maine, an Encyclopedia *Varney, George J. A Gazetteer of the State of Maine. 1886. p. 168.

Caswell in Aroostook County was organized on April 14, 1879, as Pleasant Ridge Plantation.  In 1870 the population was 67; in 1880, it was 326!  (Its population in 2000.) Caswell was incorporated as a town on July 16, 1986, including in its boundary the former Granville Plantation. According to George Varney* in 1886, The surface of the township is very level, with a few small ponds. The soil is a deep reddish loam. Wheat, buckwheat, oats and potatoes yield swell.  Maple, birch, spruce and fir constitute the bulk of the forests.  The Plantation has a saw-mill manufacturing 2,000 feet of long lumber a day. [Possibly accounting for the leap in population during the previous decade.] Just north of Limestone and Loring Air Force Base, on the northeastern edge of Maine, this rural community lost more than half its population between 1970 and 2000, due in part to the closing of the airbase. — Maine, an Encyclopedia *Varney, George J. A Gazetteer of the State of Maine. 1886. p. 168-169 Chapman, a town in Aroostook County, was incorporated on March 11, 1915, from Chapman Plantation. It was first organized as a plantation on April 27, 1874, with an 1870 population of 40. By 1880 it was 166. Chapman Village is at the extreme northwest of the township on the West Chapman Road. — Maine, An Encyclopedia Connor is an unorganized township in Aroostook County, organized as a plantation in 1877 from Letter K township, otherwise known as Letter K R2 or T15 R2. It then annexed land from Caribou in 1881 and was organized “for assessment of taxes” several times: 1883, 1892, and 1896. On July 12, 1913, Connor was incorporated as a town. But the pressures of the Great Depression and World War II resulted in the surrender of its status as a town on March 30, 1945. (Connor’s population had peaked at 729 in 1940 and dropped to 630 in 1950.) Since then, it has been governed by the state as a township. — Maine, an Encyclopedia Cross Lake Township is, not surprisingly, named for the long lake in its southwestern quarter. Maine Route 161 from Madawaska to Fort Kent slices diagonally across the township. Route 162 branches northeast along Long Lake to St. Agatha. Ouelette and Guerette are the two principal villages. The township is largely a rural agricultural area with rolling hills and no mountains. — Maine, an Encyclopedia Crystal is a town in Aroostook County whose organization as a plantation was “legalized” by the Legislature on February 21, 1878. It was incorporated as a town on March 21, 1901. Its population in 1880 was 275, not far from the average of 297 for the period 1970-2010. William Young from Searsmont was the first settler in 1839. Several others arrived in that year and shortly thereafter. — Maine, An Encyclopedia 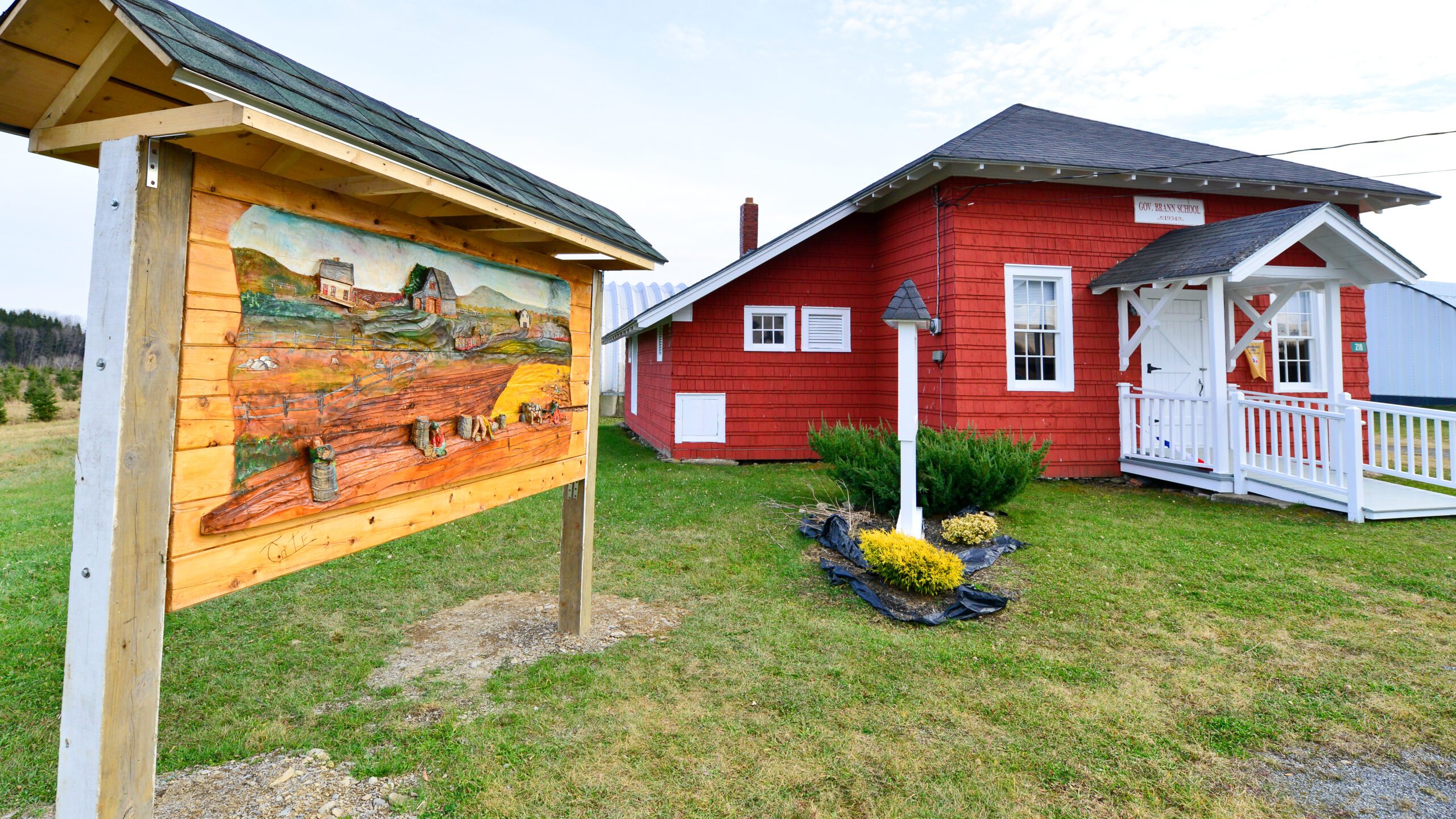 Cyr is a plantation in Aroostook County, settled in 1824. Originally Township L R2, it was organized for election purposes in 1857. Cyr had its formal organization confirmed on March 12, 1870. In the 1880’s it had a population in excess of 500 supporting four public schoolhouses. (The Governor Brann Historical Schoolhouse is now located in the Acadian Village historic site in Van Buren.) During the Civil War, this small community sent 25 men to aid the Union cause. Eleven died in that conflict. — Maine, An Encyclopedia 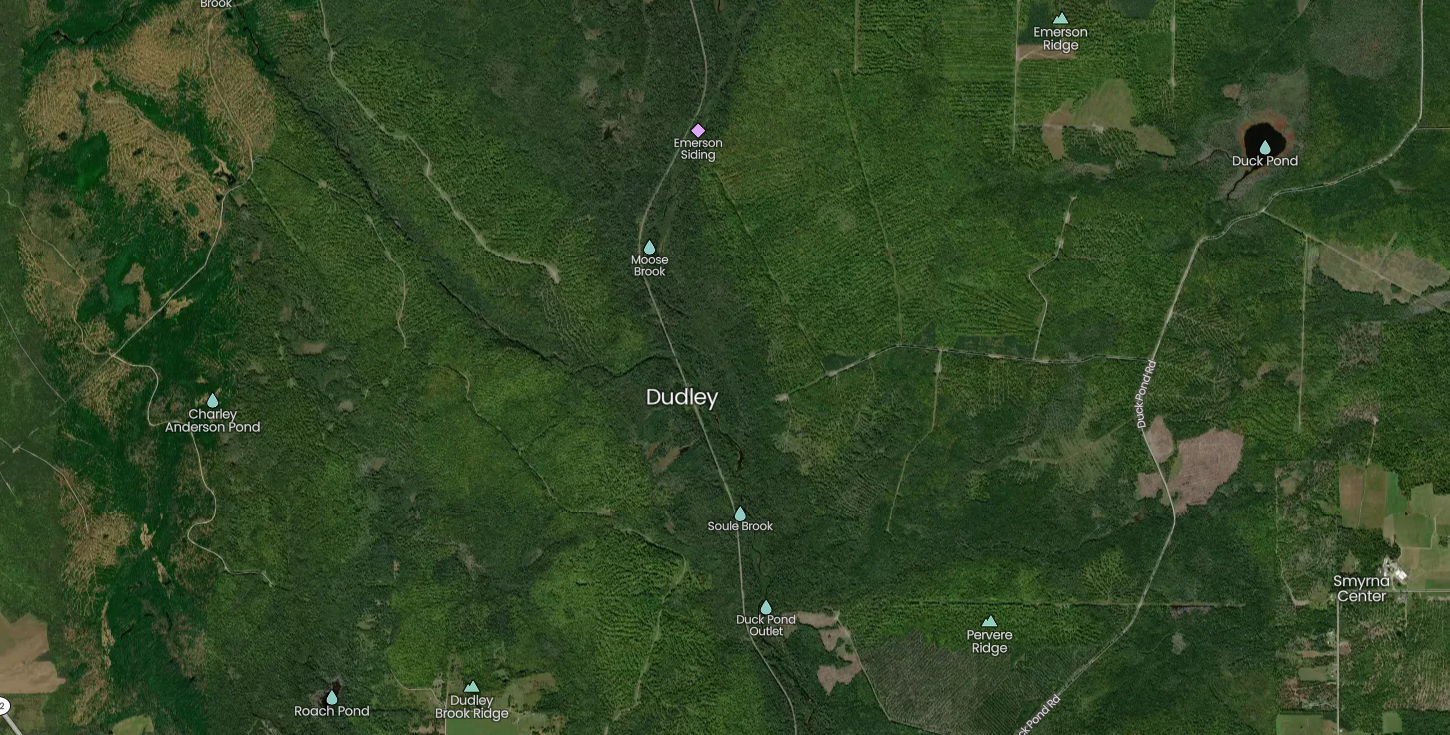 According to the HomeTownLocator website, “Dudley Township is a cultural feature (civil) in Aroostook County.” Technically, it is not a populated place, although its associated place names were populated places.

Dyer Brook is a town in Aroostook County, organized as a plantation for election purposes as early as September 6, 1858. After several addition “organizations,” it was incorporated as a town on March 21, 1891. The first settlement was in 1844 when Orrin Laughton came from Smyrna and built a log house. By 1880 the plantation had 40 voters. — Maine, An Encylopedia 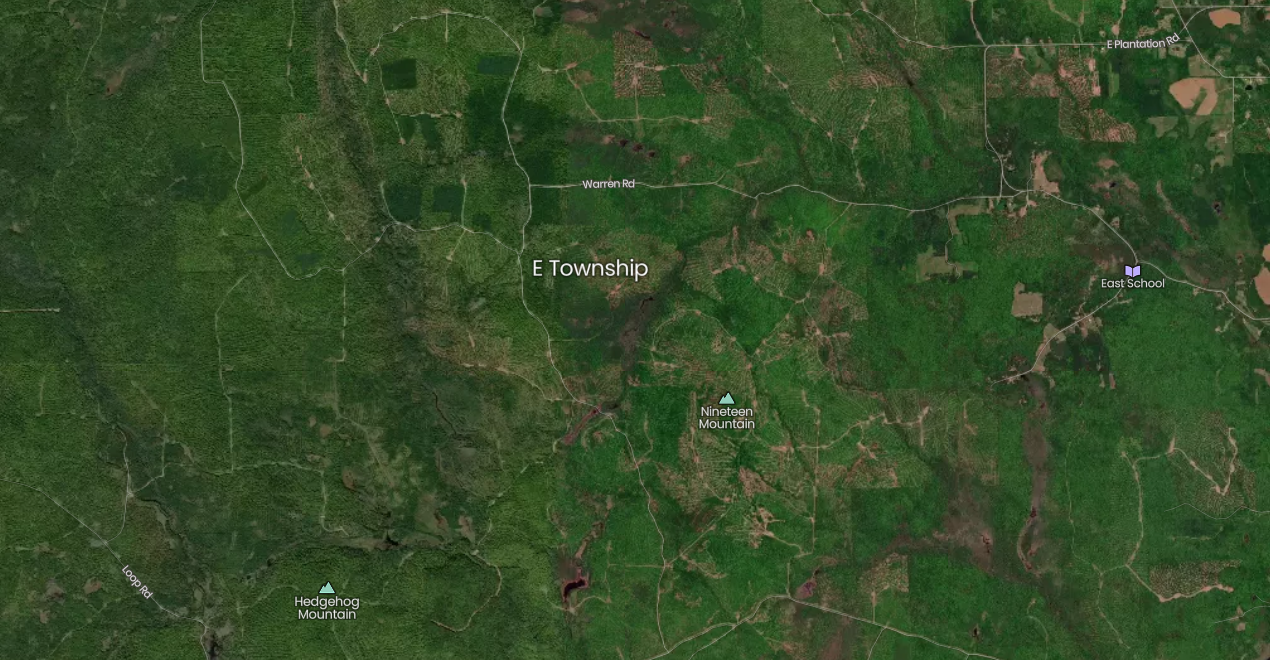 E Township was a plantation in Aroostook County, organized on September 26, 1898. Nearly 100 years later, on July 1, 1990, it surrendered its organization to become an unorganized township again. Just west of the town of Blaine. As of the 1990 census, when it was still organized as a plantation, E Plantation had 64 residents. The only mountain, Nineteen Mountain, rises about 1,200 feet. E Township is located just southwest of Mars Hill and directly west of Blaine. Access is on the only improved road in E Township, E Plantation Road, from the town of Blaine. — Maine, An Encyclopedia