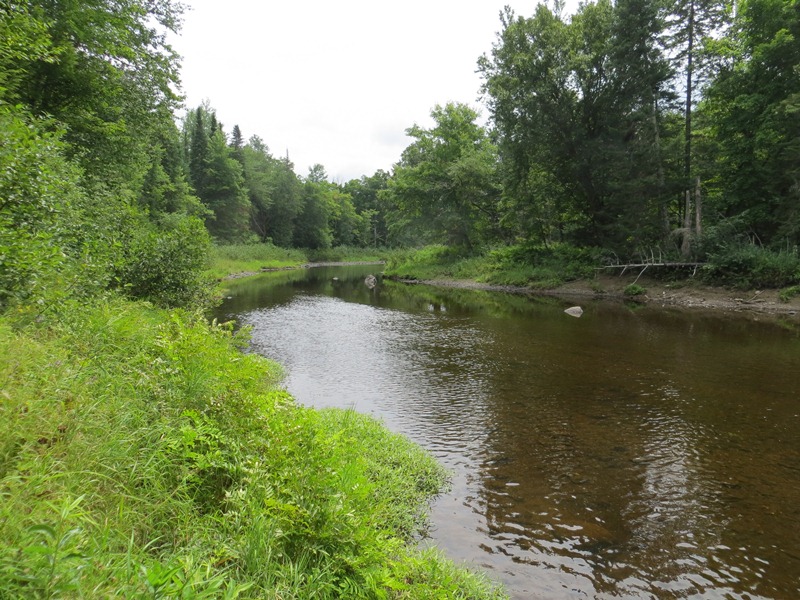 Macwahoc is a plantation in Aroostook County, settled in 1830 and organized as Molunkus Plantation on October 17, 1844, from townships T1 R4 WELS and TA R5. On December 16, 1851, the name was changed to Macwahoc. The name (the Indian term for “bog” or “wet ground”) is appropriate since the main village lies at the north end of a bog on Molunkus Stream. The township has some frontage on Molunkus Lake. — Maine, An Encyclopedia 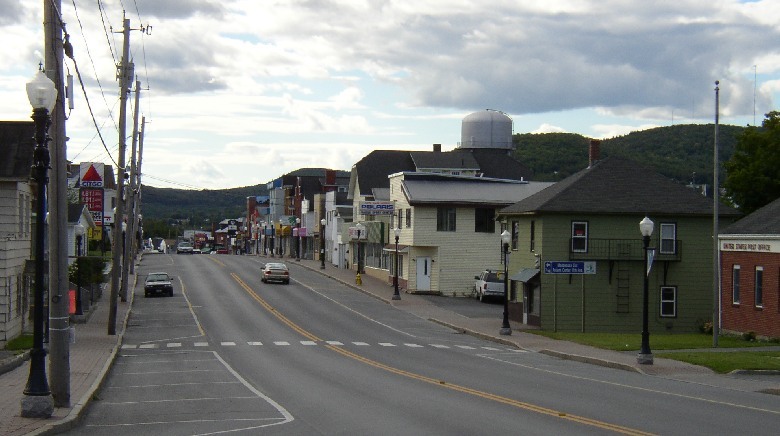 Madawaska is Maine’s northernmost town. Home to native Micmac people, it was also settled in the 1750s by Acadian exiles. A monument with a large cross marks the landing of the Acadians. The town was named for the river whose Indian name has been interpreted to mean “having its outlet among the reeds” and “worn out grass (land).” Madawaska’s Maine Street is U.S. Route 1. Its economy is dominated by the Fraser Paper Company, whose plant straddles the border with Edmunston, New Brunswick. — Maine, An Encyclopedia 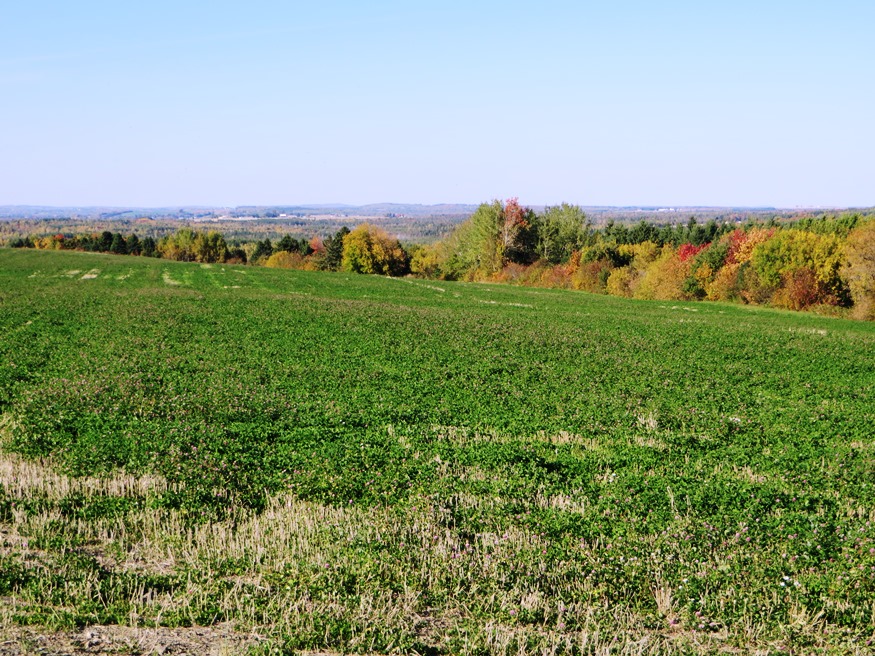 Mapleton is a town in Aroostook County, incorporated on March 5, 1880, from Mapleton Plantation. The early settlers, arriving in about 1836, were from New Brunswick. Potatoes were a major part of its economy in the 19th century, as it was in the 20th century. Mapleton, still a potato producer and named for the trees abundant in its forests, is directly west of Presque Isle on Maine Route 163. — Maine, An Encyclopedia

Mars Hill was incorporated on February 21, 1867, from Mars Hill Plantation. The area was named by a British Army chaplain in 1790 who held a service on the Hill and likened it to the hill in Athens dedicated to Mars, where “the Apostle Paul declared the unknown God to the Athenians.” Later the British claimed the Hill defined the boundary between the United States and Canada. The Webster-Ashburton Treaty clarified the issue, placing the border much further north and the Hill, overlooking the St. John River valley, safely within the United States. — Maine, An Encyclopedia

Masardis is a town in Aroostook County incorporated on March 21, 1839, from the township T10 R5 WELS. The Aroostook River winds through the middle of the town. Thomas Goss of Danville (Auburn) arrived with his family in 1833 and became the first settler, creating a homestead on the west bank of the Aroostook River opposite the mouth of the St. Croix stream. Others followed during the 1830s. Masardis village is located there in what was called the “Disputed Territory,” which led to the Aroostook War. In 1839 a fort or breastwork with artillery was built where the St. Croix joined the Aroostook. During the Aroostook War, troops were stationed here. They made a brief foray above Fort Fairfield, then retreated back to Masardis with no casualties. — Maine, An Encyclopedia 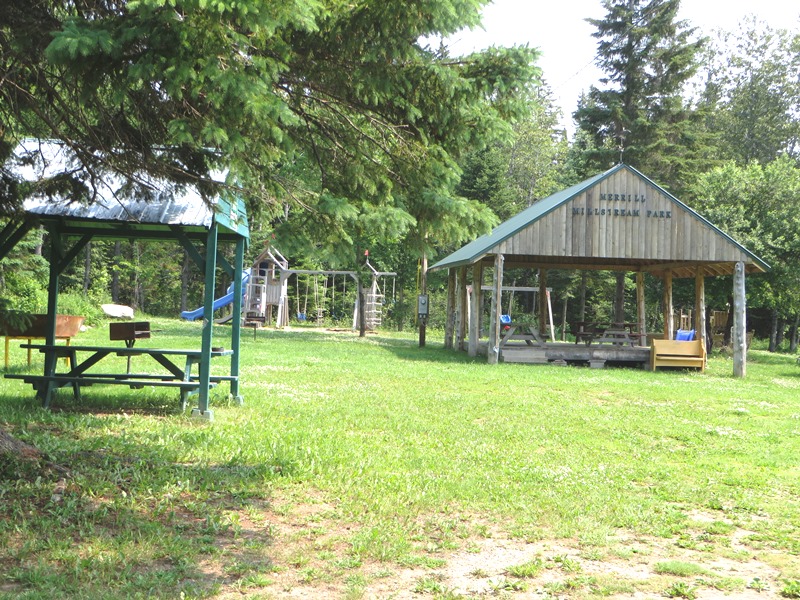 Merrill is a town in Aroostook County, organized as a plantation for election purposes on September 6, 1858, from township T6 R4. It became formally organized as a plantation for general purposes in 1876 until it was incorporated as a town on March 4, 1911. Captain William Merrill, for whom the town is named, bought the township about 1840, and his son Edward moved there in 1844. The town is served by Maine Route 212 just west of Smyrna. The village of Smyrna Mills straddles the adjoining boundaries of the two towns. — Maine, An Encyclopedia 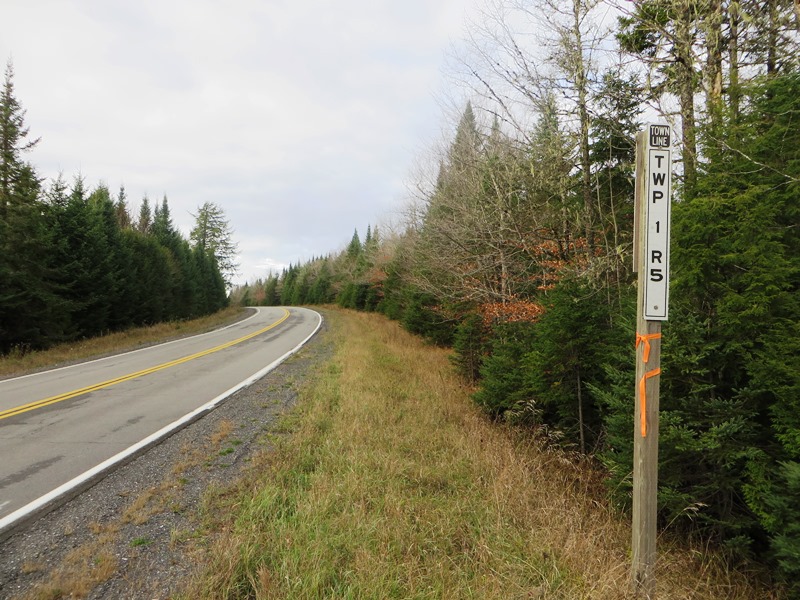 This sparsely populated township lies south of Benedicta and Silver Ridge Townships. The Aroostook Road from Benedicta to Molunkus village is the primary improved road, passing through the center of the township.  A small slice of the Nine Mile Woods Road (U.S. Route 2) cuts through its northeast corner. With frontage on two relatively remote water bodies, Flinn Pond in the north and Molunkus Lake in the south, several streams run through its mainly wooded terrain. — Maine, An Encyclopedia